Tough Sledding for the Cards

Beating the Dodgers was always going to be a difficult task last night going against defending NL Cy Young winner Clayton Kershaw, but the news was even worse than the loss. Lance Berkman had to be helped off the field after injuring his knee, one day after hitting his first home run of the season. Today he will likely join John Jay, Allen Craig and Kyle McClellen as Cardinals to be put on the DL in the last week. What was thought to be a deep team is now far from that. Look for Matt Adams to be recalled from AAA and likely get a shot to play 1B everyday. It could be a job he keeps for a while, as no one knows how much time Craig and Berkman will miss right now. In fact, of the four recently hurt players, Jay seems to be only one likely to see the minimum stint. What we need now is for the starters to pick things back-up and carry the team like they did the first few weeks. Unfortunately, I am not sure they are up to that task. Could be a rough next six weeks or so in Cardinal land. -Trey
Posted by Trey at 11:31 AM No comments: 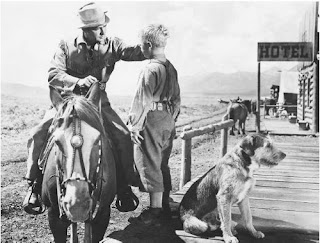 Will we be crying "Come back, Shane!"?

According to Jennifer Langosch, Berkman is expected to come off the DL on Friday. As exciting a prospect of adding Big Puma (did you know he got this nickname because he said, tongue in cheek, in an interview, "I'm more like a puma.... Agile, athletic, sleek") is, there's always the inevitable bad news for the more junior members of the squad. Komatsu already got the axe--the particularly harsh Rule 5 trip to waivers--actually, since he got picked up on waivers he'll be on the active roster for the Twins...that's probably not as bad in some regards. Wait, he'll be playing for the Twins--that's really harsh! (At least they don't play in the Metrodome anymore). Here's some of the candidates to go sub-level:

Sooooo....those look like some random categories, but I've selected a few just to show some of the main reasons why someone might get cut and why someone should get cut. "Let me 'splain, no there is no time. Let me sum up." The first thing to note is these are clearly the 4 bottom players on the bench who aren't a catcher. The second thing to note then is that nobody really sucks. Everyone (cept the aforementioned Tony Cruz) is above replacement level (most well above). Yay for us. Back to business. The next thing we can clearly see is that big fat goose-egg at the far right. Greene will have to make like Komatsu and head to waivers if he's sent down. Furthermore, since all these jokers started the season with the big club, anyone sent down will indeed lose one of those options. I think we can fairly safely say that because Matheny has tended to lean toward Greene, plus 3 dingers, plus the lack of options, his job is safe--for now. Losing the option year for Robinson probably isn't that big of a deal. Strike one for him.

Next, judging by the WAR (wins above replacement player, which is a comprehensive stat which enables players of different positions to be compared to each other) Descalso and Carpenter are literally 1 run created over the run of the mill guy you can pick up off the waiver wire. Right, not so hot. What is hot? That fat daddy .5 for Shano. Pretty filthy for a 47PA bench warmer. Strikes for Descalso and Carpenter.

See the Fld next to WAR, that's a fielding stat that quite similar to UZR, and essentially it plays a part of WAR--sorta. Anyhow, you want that number to be positive. 0 is the average player. See that -3.3?Yeah,  that's U-G-L-Y you ain't got not alibi. One of the main reasons to keep Carpenter is that Berkman will not be an everyday player for a little bit (see the aforementioned Langosch article) and he will still spend some time backing him up. But with Craig available to play first, and with Carpenter's horrible defending, what's the problem? I'd rather have Craig in everyday--and this is a great excuse to do it. Strike 2 to Carpenter. One thing to note though, fielding stats like UZR and Fld need larger sample sizes and perhaps his Fld will improve. But even if it does a bit...I'd still like Craig there with Berkman.

If we look at more traditional stats like AVG and SLG, which Matheny might be doing, Carpenter's 30 point lead in slugging, higher walk rate (not listed), is still probably overshadowed (in the masses' view) by a .269 vs. Robison's .318 AVG. Robinson is faster, despite the single SB a piece. Add in a real stat like wOBA (weighted on base average) and Robison is shining in comparison. Strike 3 to Carpenter.

So that's who I think should get sent down. Descalso is a middle infielder and Berkman is a firstbaseman--doesn't make too much sense to demote him. Who will get sent down? Robinson. The extra option year and the smaller PA show a lack of overall trust from management. It is also a smaller sample size which may be inflating some of Shane's stats.

*I'd like to point out that Robinson and Descalso were both September contract purchases in their respective years, so, unless I missed something, they didn't spend more than 20 days on the minor league roster and therefore didn't use an option year on the year their contract was purchased. If someone knows otherwise please feel free to speak up.

Posted by Cardinal John at 11:18 AM No comments: